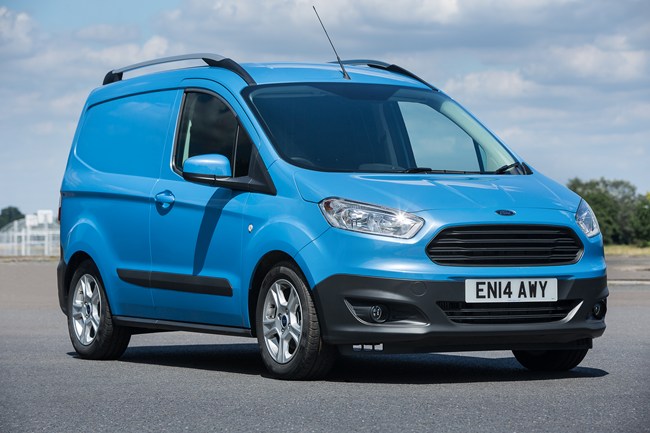 Ford triumphs again at the What Van? Awards. It picked up the coveted What Van of the Year 2015 for its new Ford Transit Courier.

The Courier is a new van that’s aimed at businesses who are looking to reduce vehicle sizes to get better value from there transport fleet. It’s aimed at companies that deliver smaller loads in larger vans and offering a more compact van that is more suited to their needs. It’s in the a similar space the the Ford Fiesta Van (which was highly commended in this category) and the Citroen Nemo.

It offers payloads of over 660kg, which is similar to a lot of other vans in this category and but it offers a more powerful engine, which makes it stand out from the rest.  Plus its fuel efficient and it comes with an optional stop-start system that would help keep fuel costs even lower.

It looks like a great looking van and one that is likely to be picked up by same day couriers like ourselves for our small local deliveries. Great for small loads to transported between Leamington Spa and Birmingham or between Oxford and London. Or wherever you want to get a same delivery made. Check out some of the locations we cover

We'll be with you within 60 minutes.

Toggle the Widgetbar
We use cookies to ensure that we give you the best experience on our website. If you continue to use this site we will assume that you are happy with it.Ok